Talent is evenly distributed, but opportunity is not.

In America, countless brilliant minds have gone and continue to go undiscovered and unsupported because they are born Black.

Our society and world as a whole are immeasurably worse off for it.

In the spirit of organizations like The Hidden Genius Project that find and nurture promising young Black students who may not otherwise receive sufficient support, the Undiscovered Brilliance Scholarship for African-Americans aims to support a brilliant Black student with ambitious dreams.

It will be awarded to a talented Black student at any level of education or field of study on the basis of their ambition, talent, and drive, as well as on the impact that additional support would have for them.

This scholarship is part of the Mechanism Ventures Impact Series.

Please tell us a little bit about yourself and your story. How are you dreaming big in your life? What are you doing today to better yourself and those around you?

Parfait Siala Pezo
Georgia State UniversityDuluth, GA
I grew up in the Democratic Republic of Congo, so my experiences were different from most students of my age. Life was challenging, much so that it was tough even to imagine going through. The average Congolese citizen lives with one American dollar per day. Access to the internet is minimal. However, I was lucky to be schooled by my parents despite their financial struggles. I woke up every day at 4:00 AM to attend classes. Roads were almost inexistent, and we did not have school buses, so I made sure I left the house three hours earlier to walk to school. There were times when I was denied school access despite all my efforts simply because my parents did not have the means to pay for my tuition on time. But I kept in mind that the future would be bright if I work hard enough. Taking inspiration from Eleanor Roosevelt, who said that "the future belongs to those who believe in the beauty of their dreams," I worked harder than any student in my class, and I academically outperformed them all. I was in grade eight when my parents suddenly announced the news of the travel to the United States of America. I had no choice but to face reality. I knew that my existence would go through a complete change and that it would not be uncomplicated. My family and I arrived in Atlanta, Georgia, in February of 2012, and months later, things went just as I had imagined. My life in the United States was not as easy as I had difficulties adapting. Going from the Congo to an English-speaking country was complicated. My conscious was not quiet at all, continually reminding me of my previous academic achievements. I just was not used to being mediocre. These feelings of frustration motivated me a lot. Even though English represented a barrier against my dreams of the future, I kept working hard, and to my joy, the hard work paid off. One year later, my comprehension of the English language improved significantly! I took tests such as Georgia's Criterion-Referenced Competency Tests, Benchmark tests, and End-of-Course Tests. I passed them all brilliantly. I graduated from high school with honors, and eight years after arriving in the United States; here I am, a senior at Georgia State University. I make the President and Dean's list regularly, and I have the grade point average to show for it. I moved to the United States at age thirteen. At the age of fifteen, I possessed my first computer with access to the internet. It was after moving to the United States that I had realized how technologically advanced the world is. I was then determined to make an impact technically. However, it was only after my high school graduation that I had decided to be a computer science major at Georgia State University. Last Summer at Georgia State University campus, I worked as a Supplemental Instructor (S.I.) Leader, tutoring my peers. Now, I am working with the TRIO Student Support Services to help my Computer Science peers. Community services have interestingly shaped my mind, but life has taught me priceless a lesson- Greatness is a state of mind, an aspiration that all humans have in common. Ironically, nobody is perfect individually. But it is from others that we take our inspiration- We build upon other people's ideas to achieve true greatness, just like a healthy tree has many roots, branches, and leaves before there could be any flower or fruit. As members of the Duluth high school national Honor Society, we performed countless volunteer works. I participated at the Infinite Energy Center's Concession Stands to support the International Youth Organization by helping out in the concession stands (at the Gwinnett Arena). At the Plantation South, We volunteered by helping out at the Ice Cream Social and serving ice cream to the elderly. With the Duluth High School Beta club, I have volunteered in many kid's programs, such as the Chesney Elementary school's Book Buddies initiative. For this program, my friends and I would help kindergarten and first-grade students at Chesney Elementary School with their homework after school. We would also teach them to read, write, and count. I cherished the time I spent mentoring others because I instinctively believe that mentorship is the root of success in life and that the only one capable of surpassing the master is the student. All these experiences that I have mentioned above helped forge my decision to choose a career that I would love and add value to humanity. I know what it means to struggle through life, just like I know what seizing an opportunity means. I am pursuing a degree in Computer Science because I aspire to develop and program medical devices capable of diagnosing and treating patients without requiring highly invasive medical procedures to save lives. My ambition to program medical devices will come to life with the experience gained while programming complex systems throughout my college years. In five years, I see myself as a successful programmer, having completed my graduate degree. I also see myself mentoring future computer science majors in cybersecurity, which is also my passion. Indeed, I believe that the patient's privacy is essential. I also intend to create programs that encrypt each patient's file so that online hackers can not easily access them even if they fall in their hands during the transfer to the assurance companies, after the test or treatment with the medical device. A simple computer with internet access when I was fifteen years of age inspired me to be where I am today. I have realized that many are still wondering about the future, thinking that destiny is predetermined. Those individuals do not understand, as I have, that what you make of your dreams, and convictions are the foundation of a reliable posterity. 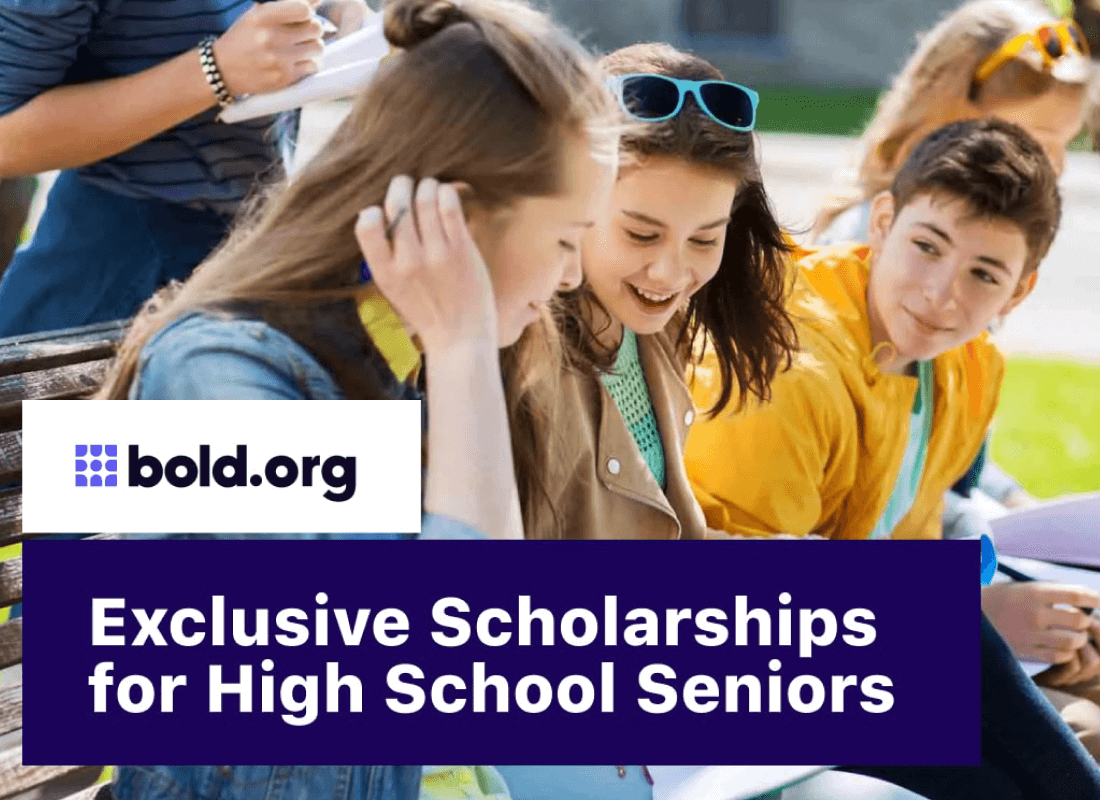 The winner will be publicly announced on Jun 16, 2021. Prior to the announcement date, we may contact finalists with additional questions about their application. We will work with donors to review all applications according to the scholarship criteria. Winners will be chosen based on the merit of their application.