Founded in 1858, Winona State University is the oldest member of the Minnesota State System of colleges and universities. Today, Winona State University serves students across two campuses in Winona and Rochester, Minnesota, as well as others throughout southeastern Minnesota and beyond. WSU offers over 80 majors and programs, and our classes are small in size and taught by expert faculty. All our degree programs offer opportunities for internships with some of the Midwest’s most prestigious companies and organizations. Winona State holds the #1 Student Success Rate in the Minnesota State system of colleges and universities. WSU was recently named the best public institution in Minnesota by U.S. News & World Report’s “Best Colleges,” and listed among the “Best in the Midwest” by The Princeton Review since 2003. One of America’s 100 Best College Buys for 24 consecutive years, 93% of freshman also benefit from some form of financial aid. 97% of WSU graduates find employment after graduation and 92% of those are employed within their field of study. Community engagement is important at Winona State, with most of our programs providing students a chance to use what they’ve learned to help others through internships, clinicals and other learn while you work opportunities. RESIDENT TUITION SCHOLARSHIP EXPANSION: Starting Fall Semester 2022, Winona State University will expand eligibility for the Resident Tuition Scholarship to offer in-state tuition rates for all students—undergraduate and graduate—who meet WSU's admissions criteria. This is great for students who will be joining us in the fall! To qualify, students simply need to be a non-resident of MN as students are automatically considered for this with their application to WSU. This award means that you will pay the Minnesota resident (in-state) tuition rate rather than the non-resident (out-of-state) tuition rate. You can think of it as a roughly $6,500 scholarship. This scholarship is renewable if you maintain at least a 2.5 GPA in college. This is another way Winona State University is working actively to keep a WSU education affordable—and accessible—for all students. TWO CAMPUSES - ONE WINONA STATE Widely known for our stunning natural setting, the WSU Winona campus is nestled between picturesque bluffs and the Mississippi River – meaning that rock climbing, paddle boarding, hiking, kayaking (and more) are within a mile of campus. Additionally, the city of Winona is home to a wide range of art, music and theater opportunities, as well as museums, local boutiques, and festivals galore. WSU’s second campus is located in Minnesota’s third largest city – Rochester. The city is a dynamic, urban hotbed for industry, arts and culture and was ranked the #1 city of Top 100 Best Places to Live by Livability.com in 2016.

Melisandra M.
5 months ago
What's the cost per credit?
Winona State University
Winona State has banded tuition, which mean that whether a student takes 12 credits, 18 credits, or some amount in between, there is one flat rate. Depending on your academic program, you may have to pay additional differential costs or a program-specific tuition rate. You can find the most up-to-date cost per term information at https://admissions.winona.edu/afford/cost/undergraduate-tuition/
Camryn C.
5 months ago
Are there suite style rooms available on campus?
Winona State University
Yes, Winona State has two suite-style residence halls - Kirkland and Haake. The suite-style rooms have more privacy while still space for community events and impromptu get-togethers throughout the hall. Haake is open to just first year students, while Kirkland is reserved for returning students and transfer students with 24+ credits by the start of the term. Check them out at https://blogs.winona.edu/admissions/project/kirkland-haake/
Camryn C.
5 months ago
Does Winona State University offer dining options for students with dietary restrictions?
Winona State University
In the Jack Kane Dining Center, there is the G8 Station. This station contains food free of top-eight allergens. All items served out of that area are isolated. This includes all pots, pans and utensils used to prepare the food to eliminate any chance of cross contamination issues. The station also has its own dishwasher. There is a registered dietitian on campus that can help you find food you can enjoy too!
Alison S.
6 months ago
What are the requirements for merit scholarships specific to Winona State University?
Winona State University
Winona State uses a student's cumulative high school GPA to determine merit-based awards. You can find the full breakdown here: https://www.winona.edu/financial-aid/scholarships.asp Questions can go to financialaid@winona.edu
Adam S.
8 months ago
What extracurricular clubs and activities are available at WSU?
Winona State University
With over 150 student clubs at Winona State, you'll have lots of options to find your niche with like-minded people and expand your network with those of different perspectives! WSU has a variety of of student organizations for your to choose from, like academic, pre-professional, campus groups, diversity organizations, faith-based, Greek Life, honorary societies, special interest, sports clubs, and more! You can find a complete list of WSU's student clubs and organizations at https://www.winona.edu/sal/clubs.asp.
Paige S.
8 months ago
What is there to do around Winona State University, such as restaurants, outdoor/indoor activities?
Winona State University
Winona State University is located in Winona, Minnesota. There’s plenty to do in Winona from major festivals that bring in crowds to local entertainment, food, shopping and more! Living in Winona is seriously the best of both worlds. You’ve got the charm, comfort and community-feel of a smaller town for your everyday life and easy access to big-city attractions when you want to go all out. Check it out at https://www.winona.edu/campus-life/winona.asp and https://visitwinona.com/.
6 / 16 questions shown

These schools are similar to Winona State University in key aspects like size, setting, and academics.

The Education program is designed to help you become a great teacher. The classes revolve around literacy education and how to be in a classroom with gifted or challenging students. The education program is not test-based but rather project and or paper understandings.

One thing I don't like about Winona is once you get off campus there are not a lot of street lights so it can be very dark if ever walking on the sidewalks. 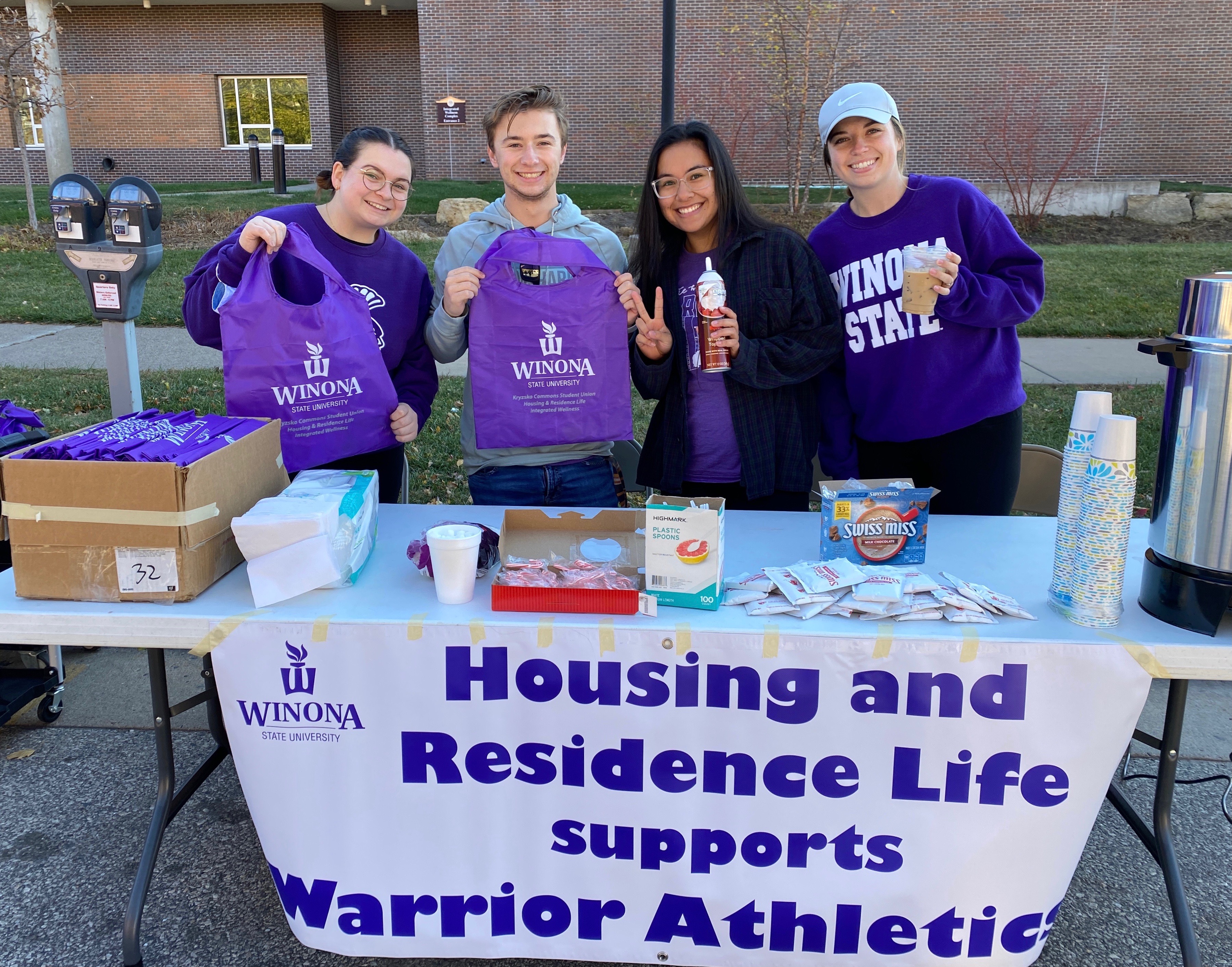 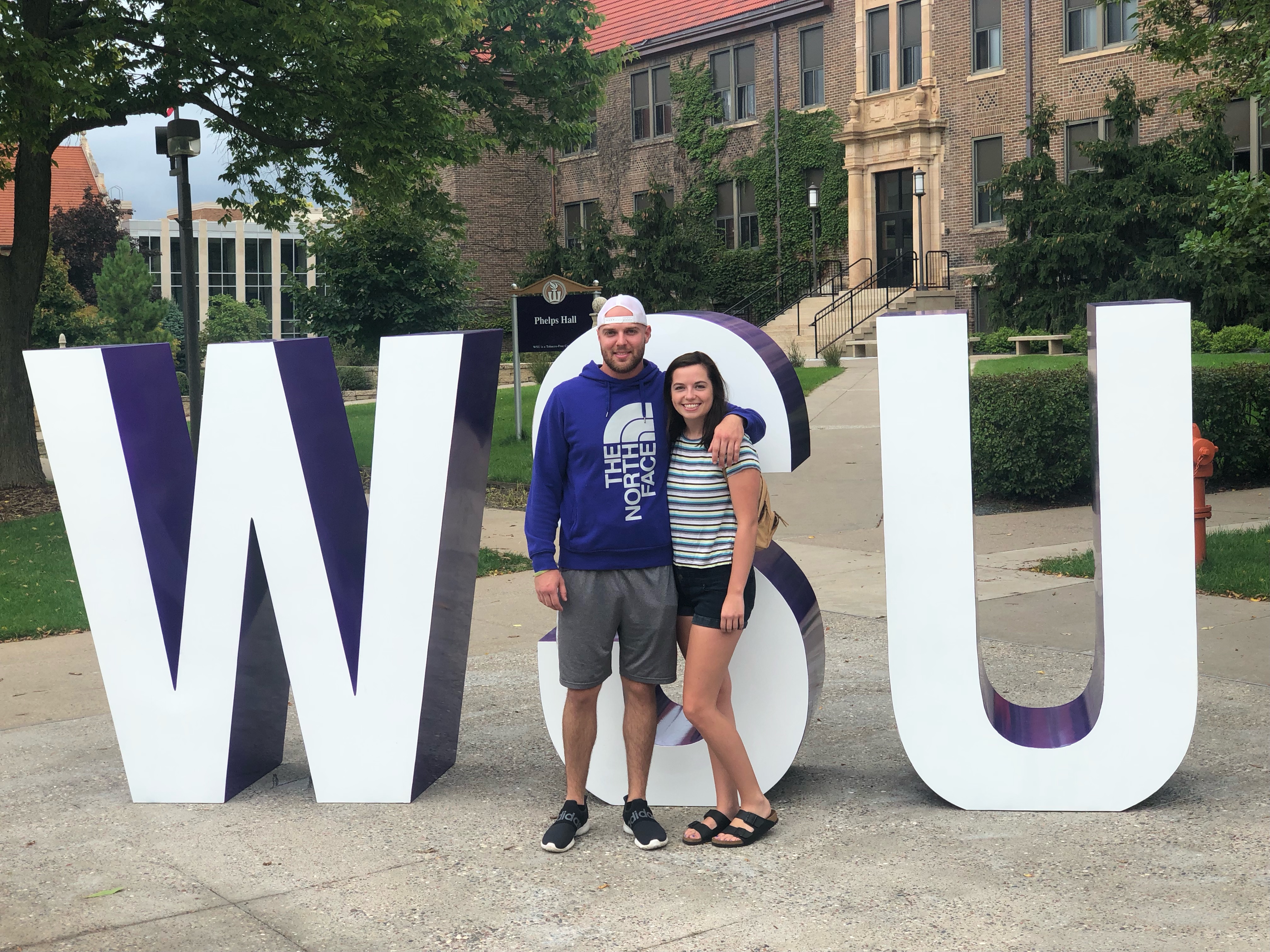 Winona had so much to offer that I did not take advantage of. If you are engaged, you will love WSU. While I excelled in my studies, I did not engage in campus life further, and I highly regret that. There were many clubs and campus things going on, constantly, but I was caught up in other things. Regardless of regretting not being an active WSU student, I do not regret going there. The area is beautiful, especially if you are looking for someplace "bigger" than your "small" hometown, but a place that is not too big.

Some classes, especially general education courses that do not pertain to your major, were hard to find as they are in unfamiliar buildings. Ask for help or scout those classrooms out prior.

The professor is nice and works well with students.

Old buildings not have a lot of funding in the art department.

My favorite part of Winona State is the people. Everyone is very friendly and it's nice having people in a small community that you can connect with. Most professors are super friendly and genuinely care about your education and your goals. The campus is also super beautiful in the summer and fall. It's also very easy to travel around campus and off-campus. There are very many transportation options.

Some of the buildings are quite old, so they are not very aesthetically pleasing. Winona State also lacks a lot of diversity compared to other schools.

On the outside, everything at WSU seems like it works smoothly, with a caring community and easy-going college experience. In some ways, yeah, that's true, but I find that in a lot of ways, college life ended up being filled with more complications, and not just at the hands of unfulfilled expectations. In many ways, Winona State fails in proving that they care for their students, that they want to help, and that there are any actual improvements that the school is willing to make. Their handling of the pandemic proves they dropped the ball in lots of ways, with piling student mental health issues, instances of dropouts, and the lack of overall policies to help with the pandemic in the first place. Reporters for the Winona State newspaper will write about issues around the school and receive backlash or lectures from those they write about; there are multiple professors that are publicly racist or sexist to their students, yet it's the students that receive forms of punishment if they are called out for it. Beyond that, in my three years as a WSU student, I've seen rundown buildings never get the improvements they were scheduled for, incredible crime rates of stalking, robberies, or sexual assault on campus with no news as to whether people had been arrested, and tuition costs rise. I stay at WSU, however, because I know it's the cheapest university in my state and I don't have many other options. I know it sounds as if I'm simply saying it's an awful school, which it's not. It just has its share of problems, and if I had other options, I don't know that I'd stick with it. For many students, WSU is the right choice. Just not for me.

I've never felt like the administration at the school cares for the students or what they need/want. Student voices seem near-silent when it comes to admin decisions.